How to increase win rate in FIFA 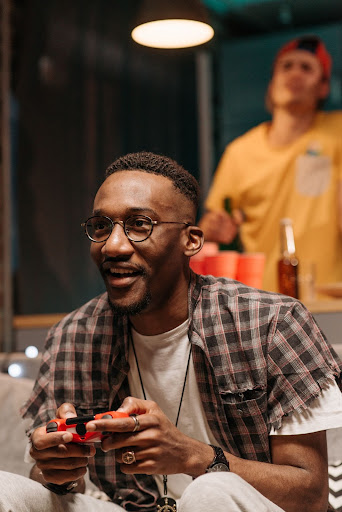 FIFA is a popular football simulator, which is known to all football fans and not only. Developers from EA Sports update the graphics and physics engine of the project every year to achieve maximum realism and transfer the dynamics of the game match to every PC.

Many beginners initially have a high percentage of losses rather than wins and want to turn the score in their favor until the game is no longer fun due to the difficulty.

Increasing your match winning percentage isn’t difficult, but it’s not a quick process – let’s look at the main ways to improve your game.

As many people know, FIFA has a rating of players that is as close as possible to real football and transfers the potential of football players to the game simulator.

Accordingly, in order to get more chances to play matches in your favor, you need to significantly improve your squad and this can be done in three ways:

It’s better to open gold and silver sets if you want to get strong performers, or at least better players than the ones you currently have.

You can earn coins in several ways:

2. Participate in knockout tournaments, where the final place will determine the amount of the reward.

You can buy fut coins as follows.

The service uses all precautions to protect the client’s data and disguises the procedure as normal trading between players in order to avoid gaming sanctions from the administration.

Combinations during the match

Matches can be played in different ways, and there are several types of game behavior – aggressive and defensive.

The aggressive variation is based on strong pressure and ball control.

The task of the players is to be able to quickly and accurately roll the ball to each other and lure opponents into their own half of the field from their positions. Sooner or later, the opponent will begin to increase the pressure to take the ball and the skill of a quick one-touch pass will be required. There may be several such combinations, but do not forget to control other players, and not just the one who holds the ball, otherwise you can lose your advantage and have to roll back to the defense.

Aggressive style also requires appropriate behavior when tackling the ball – attack opponents decisively, but avoid tackles. Tackles are needed to stop the enemy team’s likely scoring break at the cost of a yellow or red card and require very precise execution. Use speed and standard tackle to deprive your opponent of the ball and launch your own attack.

The aggressive style is very energy consuming and requires fast and efficient players, as well as prepared substitutions – players will get tired very quickly.

The defensive style is based on the control of the field, giving the enemy the initiative and the transition to counterattacks. This style is very dangerous and requires endurance, composure and should be used only when necessary and in games against an opponent with a clearly stronger team.

With a defensive style, it is important not only to be able to control your defenders to block shots on goal and keep your goalkeeper out of the game, but also to learn how to use crosses to quickly and accurately pass the ball to your attacker.

Be careful and learn to avoid offsides when an attacker runs into the enemy half of the field.

Playing in defense is also exhausting, but more for midfielders and attackers, it is important to keep the momentum and even giving up the initiative not to give a shot on goal, otherwise you will have to win back the missed balls.

In the middle of the second half, it is better to release fresh players and, in the absence of conceded goals, switch to an attacking style when the potential of the enemy team decreases.

With a strong remaining in the score, you can replace earlier and strive to win back as quickly as possible, or bring the half to a draw, becoming active at the end of the match.